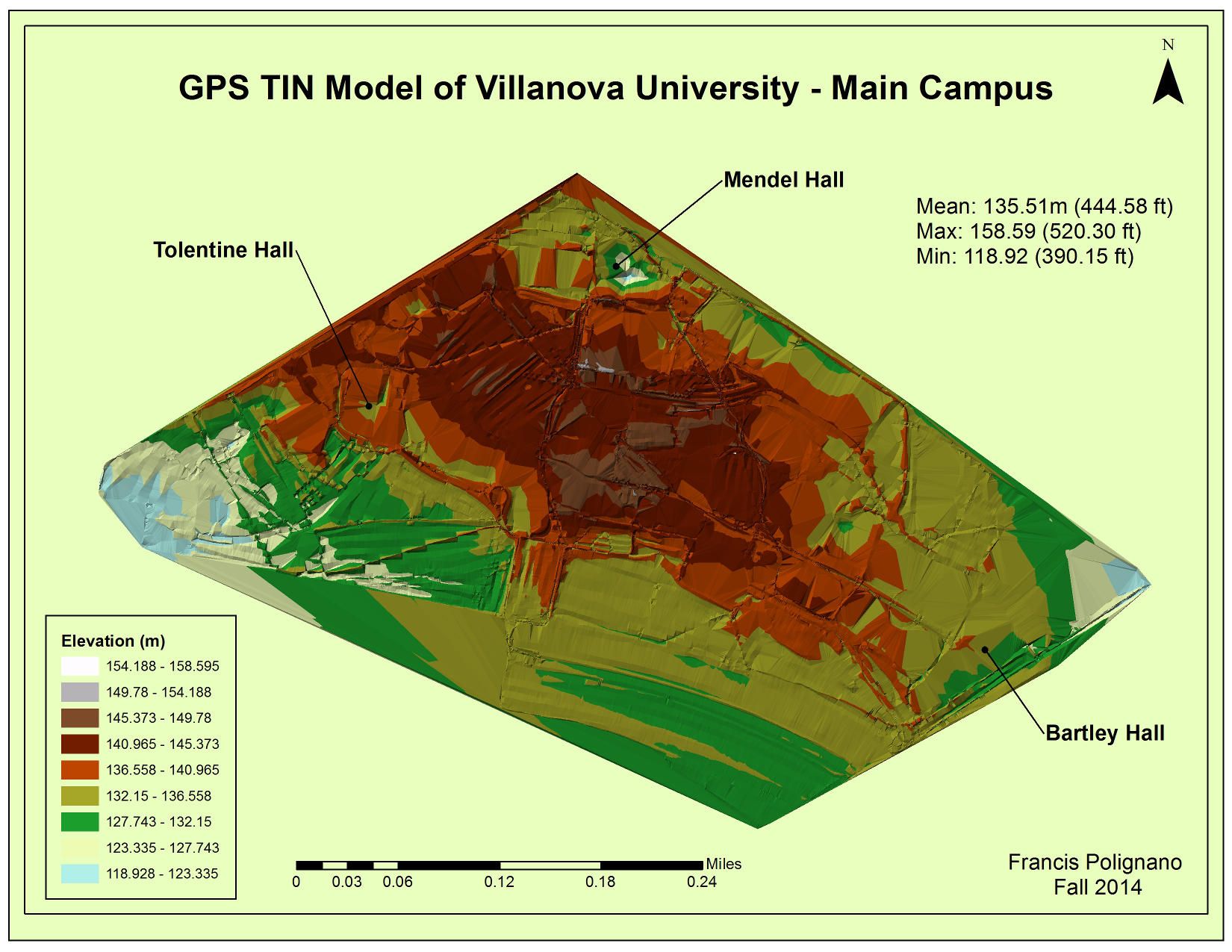 Last summer I created both GPS and LIDAR derived TIN Digital Elevation Models of Villanova’s Campus in an attempt to compare their accuracy. It turns out both methods produced similar elevation values, which was surprising considering the number of data points in the LIDAR dataset was more than five times the GPS dataset. To build the GPS dataset I covered as much of the campus as possible on foot while carrying a Trimble GeoExplorer GPS which logged position and elevation data every second. The result was roughly a 100,000 point elevation/position dataset. Using some of the available tools in ArcToolbox, I derived a raster dataset and then used that raster to create a TIN. To create the LIDAR TIN I downloaded a publicly available LIDAR LAS dataset of Villanova's campus and performed the same procedure as above. In addition to the accuracy comparison, last semester I used my DEM's to model water flow to investigate fertilizer runoff across campus.